Following a competitive call for applications, a group of motivated and excellent applicants from around the world have been chosen as this year’s Early Career Champions to attend and support the Sustainability Research and Innovation Congress 2021 (SRI2021). Five Champions will speak during the closing plenary alongside Imme Scholz and John Agard, Co-chairs of the Independent Group of Scientists appointed by the United Nations Secretary-General, preparing the 2023 Global Sustainable Development Report.

Supporting and elevating the next generation scholars and thought-leaders is one of the key objectives of SRI2021. Early Career Researchers play a vital role in advancing sustainability science and innovation and their dynamic and innovative views will be of central importance for SRI2021. The SRI2021 Early Career Champions Program was developed in collaboration with the Global Young Academy. 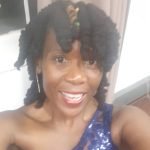 Ms., Morakane Madiba, is a PhD candidate at the Environmental Learning Research Centre-Rhodes University, a founder of Uhunu Career Guidance and Learning Non-Profit Organisation for impoverished youths in South Africa (Awarded Martha Russell Scholarship via Asia Pacific Career Development Association), a committee member of Future Earth SSCP-KAN and a Champion for SRI 2021 Theme: Sustainability for whom? Her career and passion have been focusing on skills and capability development; community/youths resilience AND investigate mechanisms that enable education, socio-economic, politics and environmental development systems and policies to be sustainable, agile, just and ethical. She is interested in understanding how marginalised individuals/communities/youths from different background navigate the academic/ lifelong learning, social and entrepreneurship pathways and how these pathways implicate culture, poverty, agency, relations, gender, identity, and race. 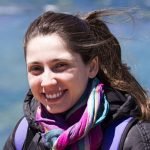 Ana Carolina Esteves Dias is a Postdoctoral Fellow at the V2V Global Partnership and an Adjunct Professor at the School of Environment, Enterprise and Development (SEED), University of Waterloo, Canada. Her research is committed to providing a global perspective on the challenges placing the viability of small-scale fishing communities at risk, advancing a country’s capacity to sustainably integrate people, fish, and aquatic ecosystems in the science-policy interface. She has expertise on coastal governance-related issues in Latin America, Africa, and Asia. She co-founded the Socio-ecological Co-creation Network for Latin America (RESACA), which is focused on developing co-creation methodologies to respond to socio-ecological challenges – in collaboration with the South American Institute for Resilience and Sustainability Studies, Uruguay. She stands a long-term collaboration with the Research and Outreach Groups on Conservation and Management of the Commons (CGCommons), University of Campinas, and the Environmental Change & Governance Group, University of Waterloo. She is also a past Institutional Fellow at the Brazilian National Institute for Space Research. She enjoys being close to nature, building a sense of community in her personal and professional life, as well as paddling, biking, camping, and painting. 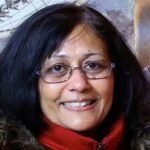 Dr Renuka Thakore is the Founder of Global Sustainable Futures: Progress through Partnership Network to achieve Sustainable Development Agenda 2030 targets. She provides a collaborative platform for innovative and transdisciplinary partnerships and capacity development for early career researchers joined by senior experienced researchers from Global South and Global North. Dr Thakore believes in broader sustainable development concept and uses multi-dimensional lens (social, economic, environmental, political, institutional, cultural, and technological) of sustainability, innovations, and theoretical framings to address the problems of societal systems and propagate this through various activities – research, teaching, and practice towards achieving global sustainable goals 2030 and beyond. She encourages systems thinking, engagement, and active participation of multiple stakeholders for effective governance and management for sustainable transformations, use of transdisciplinary methodologies, co-creating solutions that are multi-modal and ‘value-added’ to relevant stakeholders. Renuka is proud of having the support of 400 Coordinators from 90 countries. 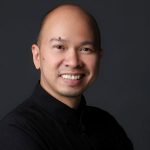 Dr. Glenn Fernandez is an Associate Professor at the Institute for Disaster Management and Reconstruction (IDMR) of Sichuan University – Hong Kong Polytechnic University. He is a licensed Environmental Planner in the Philippines. He previously worked as a researcher at the Asian Disaster Preparedness Center in Bangkok, Thailand and at the Graduate School of Global Environmental Studies in Kyoto University in Japan. His decade-long research and advocacy related to youth participation in disaster risk reduction led to Glenn being chosen as one of the 2019 Ten Outstanding Young Men (TOYM) awardees in the Philippines. Glenn is an Integrated Research on Disaster Risk (IRDR) Young Scientist. 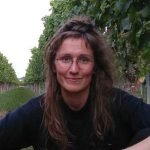 Gaby Langendijk is a researcher at the Climate Service Center Germany (GERICS). Her research focuses on high resolution regional-to-local climate modelling for understanding climate change impacts in cities, underpinning climate services to support resilient cities. After completing a Bachelor´s degree in Earth Science at the University of Amsterdam, Gaby obtained her Master´s degree in Climate Science at the Wageningen University and Research Center (WUR) in the Netherlands. She conducted her master thesis research at the ETH in Zurich, studying climate change impacts on ecosystem services in a mountainous region. 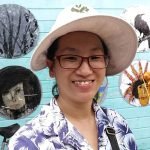 Amy Then is a senior lecturer at the Institute of Biological Sciences, University of Malaya. She obtained a Ph.D. in Fisheries Science in 2014 for her work on advancing data-poor methods for fisheries stock assessment. Currently, she is working on broad topics of mangrove-based fish ecology and ecosystem services, elasmobranch fishery assessment, and linkages between marine protected area and the wellbeing of both ecosystems and humans. She co-developed a number of successfully funded international proposals that were highly interdisciplinary in the last five years. She is currently the principal investigator for NexAMS (https://nexams2020.wixsite.com) that aims to advance policy and business initiatives for better mangrove protection in Malaysia. 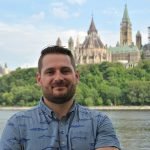 Andrew Kadykalo is a PhD Candidate in the department of Department of Biology and Institute of Environmental and Interdisciplinary Science at Carleton University, Ottawa, Canada. Hie is also a research associate at the Canadian Centre for Evidence-Based Conservation and Environmental Management (CEBCEM). He is an interdisciplinary conservation scientist who applies natural and social science tools, including policy-relevant systematic evidence syntheses, interviews, and cognitive mapping to explore relationships between people and nature. His research interests focus on predicting the delivery of regulating ecosystem services (e.g. pollination, flood regulation), and the use of evidence in wildlife management and biodiversity conservation. He is a Research Impact Canada (RIC) engaged scholar, A Community on Ecosystem Services (ACES) fellow, Natural Sciences and Engineering Research Council of Canada (NSERC) fellow in wildlife management, and is engaged in Intergovernmental Science-Policy Platform on Biodiversity and Ecosystem Services (IPBES) functions as an early career researcher. 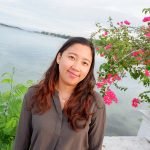 Dr. Ma. Laurice Jamero is the Coordinator of the Resilience Collaboratory of the Manila Observatory, spearheading science-to-impact initiatives on communicating and mainstreaming climate science into development planning. She is a leading researcher regarding the adaptation of small island communities to climate change. 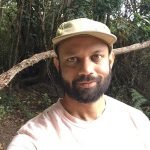 I am a broadly trained environmental social scientist, educator and activist focusing on issues of ethical research, climate/environmental justice, indigeneity, politics of science, rural transformation, masculinity and land governance. I have worked with and learned from rural and indigenous communities in India, Bhutan, China and Aotearoa NZ and incorporate conceptual tools from political ecology, STS and Anti/Decoloniality in my praxis. My current work explores plural knowledge platforms for addressing questions of equity and justice in multi-functional land governance. I am currently a post-doctoral fellow at Lincoln University’s Centre for Excellence- Designing Future Productive Landscapes in Aotearoa NZ. 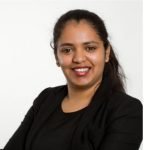 Dr.-ing. Faten Attig Bahar is an Author, Scientist, and Postdoctoral researcher from the University of Carthage, Tunisia Polytechnic School. She is also an Alexander von Humboldt Fellow for the International Climate Protection Program hosted at the University of Rostock, Germany (2019/2020).

Faten is serving on several continental committees including the World Meteorological Organization (WMO), WMO Research Board on Weather, Climate, Water and the Environment, Future Earth, Steering committee of the FE Nexus Knowledge-Action-Network and the FE African community, the International Support Network for African Development (ISNAD-Africa), and InnovAction Idea2Market Africa for which she also served as an Expert and mentor/coach. She is also an Executive Committee member of the Young Earth System Scientists. 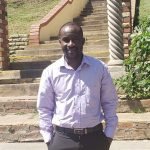 Felix Kwabena Donkor is post-doctoral fellow at the College of Agriculture and Environmental Sciences (UNISA), South Africa. He is a product of the ERASMUS Mundus JEMES (joint European Masters in Envronmental Sceinces) and completed his PhD Environmental sciences at the University of the Witwaterstrand. Frelix is a steering committee member of Future Earth’s Knowledge Action Network on Sustainable Consumption and Prouction. He s also a memebr of the FEROSA (Future Earth Regional Office for Africa) and Young Scholars Initiative (YSI). His research interests include sustainable rural livelihoods, indigenous knowledge systems, environmental governance and food security. He is the former deputy of the South African Adaptation Network and a founding member of the Inala Food Sovereignty and Climate Justice Forum at the University of the Witwaterstrand where he completed his doctoral studies and co-manages a community food garden. His hobbies include cycling, swimming, jogging, writing and music.